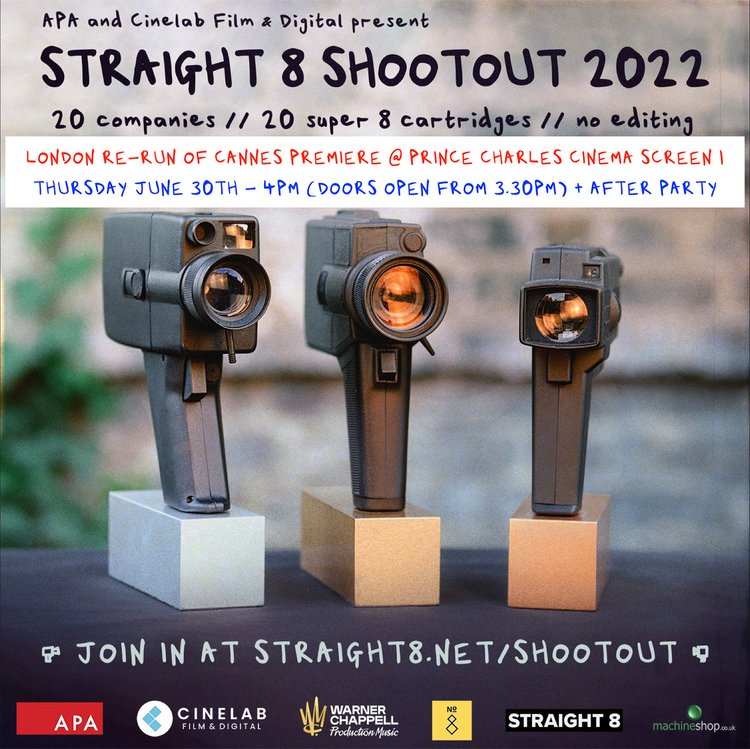 Please join us for the straight 8 shootout 2022 UK premiere, fresh from Cannes: 4pm this Thursday, June 30th at the Prince Charles Cinema Screen 1

Last Friday, 21 top creative companies competed with brand new short films in Cannes. Each film was made on one roll of super 8 with no post-production, and not one of them had been seen before – even by the people who made them.

Now we are bringing that programme to London. For many of the companies in attendance – including gold winner Work Editorial – this will be the first time that they have seen their films

The line-up is as follows:

Due to exceptional demand, the screening has been shifted to this iconic 300 seat cinema on Leicester Square, followed by an after party at a nearby venue.

Everyone Is Welcome: Thursday June 30th, Prince Charles Cinema, on screen at 4 (doors from 3:30)