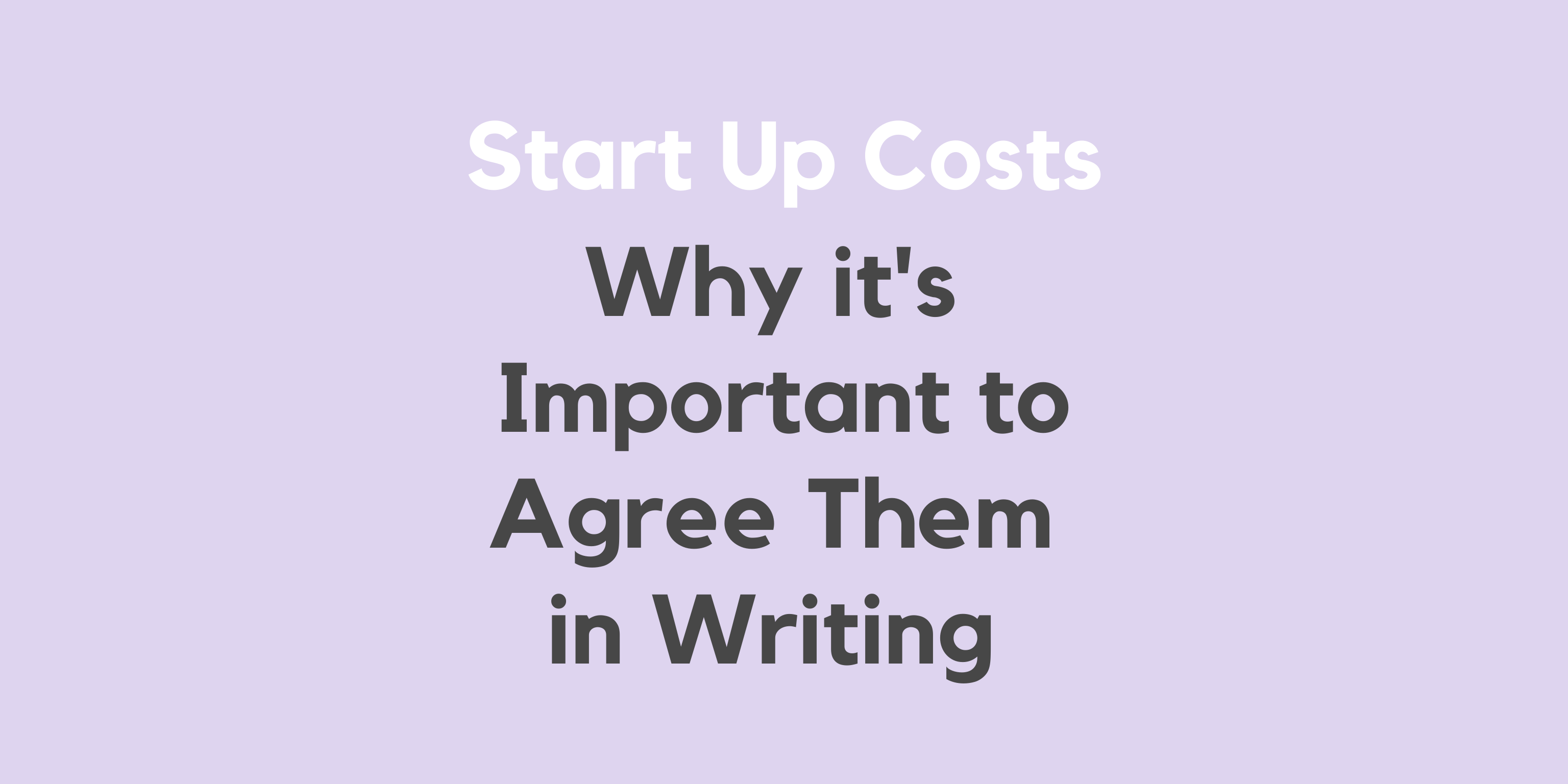 Start-up costs are a familiar device, by which an agency and production company agree to commence the production process, even though they are not yet able to enter into a production contract.

That might be for example because the script or treatment has not been finalised, the budget not yet agreed or it is unclear when some element required for a production will be available – but all that matters here is that the parties are agreeing to pay start-up costs in an agreed sum, on the part of the agency and to undertake the preliminary work needed by the production company; usually so as to ensure that if the production does become contracted, it can be completed by the planned air date.

“Start-up costs” does not have a defined meaning though. So, say the agency and production company agree that the start-up costs will be £100,000 – it is clear what happens if the production becomes contracted; those costs become part of the budget agreed.

The answer is to have a simple contract that sets out the fee, the work to be undertaken and provides for what happens to the start-up fee if the production does not go ahead.

You and the agency are free to agree what you wish, but a formulation we have used to help members and which we consider fair is to set out in the draft:

That is the approach set out in the Start-Up costs agreement which is part of our bank of template contracts available to members.

It is up to you whether you use this formula or not, but whatever you do please ensure that you have Start-Up costs set out in writing, with the consequences of the full production set out so they are clear and you know your entitlement, with the agency knows its obligation.