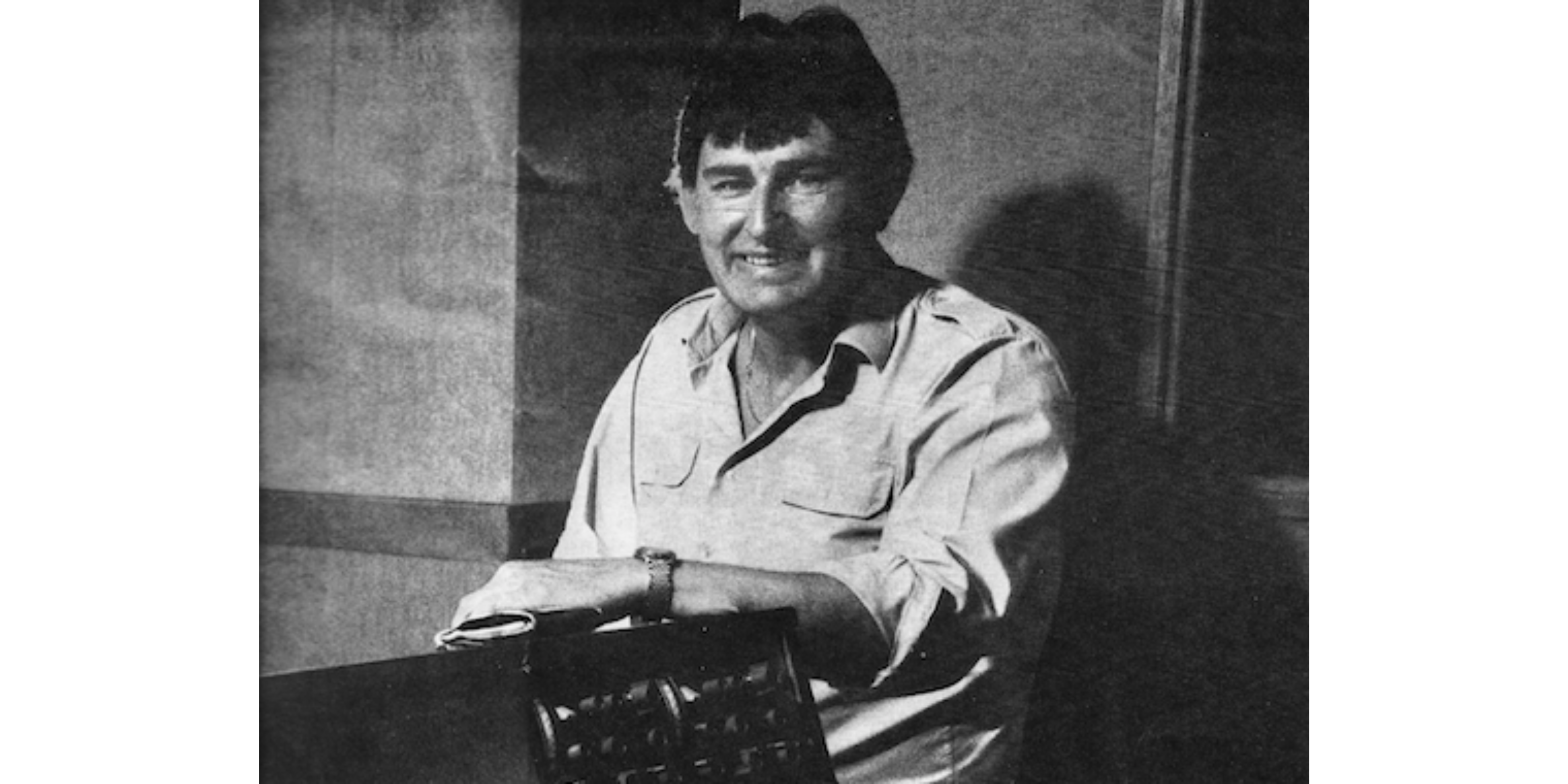 The Advertising Film Production Industry has sadly lost one of it’s all-time Titans.

His quiet authority was invariably sought by the directorial hierarchy of the times and he could call many of them his friends. He knew better than anyone how to sweeten a voice, cushion an effect, alleviate a blip and stroke the music to maximum effect. His deftness of touch and quick-thinking stood him apart from his rivals. The rulebook was both his friend and foe; he’d stick to it rigidly when it mattered but cast it aside if it contradicted his notion of the perfect mix.

A man of noticeable stature, Malcolm was a commanding presence both as the maestro in control of his studio and the man outside it, something he achieved with a quiet, unchallenged authority and irresistibly charming demeanour. He nurtured his clients objectives, nursed his voice-over artistes’ egos, and nuanced the bevvy of backroom staff upon whom he depended for the gamut of complexities in getting 35mm double-head picture and sound in synch.

It was a very different sound world in those days. His theatre was huge, quiet and softly lit. The seats were comfortable with plush client sofas, thick, carpeted ﬂoor, sound-proofed walls, a big screen and huge analogue speakers. Malcolm presided over what now seems a bizarre Heath Robinson world of clattering madness.

He sat at a huge 16 track desk, an array of lights, faders and EQ knobs that he would ﬁddle with incessantly. Behind him was the noisy, mechanical projection room where 100ft loops of 35mm magnetic sound would be spiralling round and round in sync (hopefully) and a mixed team of seasoned pros and youngsters changing things mechanically on his quiet command…”Slip Fx 5 back 3 frames please” and so they did.

He was ﬁercely loyal to his team and the sense of strong camaraderie was palpable. Unlike today, he had to mix everything live until the balance of music, dialogue and sound fx came into aural focus, as if from nowhere. The end product was his rich, beautiful sound quality, now superseded by the cooler digital age.

Out of the studio, Malcolm was just as tireless in enjoying life; “Work hard. Play hard!” was his maxim. After work, in the Pillars of Hercules or The Dog & Duck, he was an effervescent companion with generous spirit and a ready joke. He was notably ﬂuent in Polari, a form of cant slang used in post-war Britain, which he employed to great effect professionally and privately. “Fabulosa” or “Bona” he would shout at something good, “Cod”, if it wasn’t. In this way, he communicated, covertly and without offence, in studio and pub alike.

Tall and of muscular of frame, with a broad face and jet black hair matching his team colours, Malcolm made for a formidable sight and fearless opponent on the football pitch where he was the ﬁrst to pick up a rival he had clattered in a fair tackle with a giant, embracing arm and a beaming smile. He issued a constant barrage of exhortation and guidance to every player on his side and sometimes to those who weren’t. He was a bundle of irrepressible energy from ﬁrst whistle to last.

Malcolm was born on the 15th August, 1939 in Finchley, North London. He grew up in Hornsey and after leaving school at 15, was introduced to the ﬁlm business by his father, Bill Bristow, himself a sound recordist on British films in the 50’s and 60’s. Malcolm developed his craft in the camera and sound departments on films at Shepperton Studios with sufficient success to attract the attention of Jacques De Lane Lea who had succeeded his father, Major William De Lane Lea, a French intelligence attaché for the British government who had developed a group of sound recording studios to satisfy a burgeoning market, not just in films and docs but also in commercial TV, radio and advertising.

Malcolm became the sound mixer at De Lane Lea Studio C in the basement of Film House in Wardour Street and quickly established a reputation as the go-to-guy for recording voice overs and dubbing TV Commercials. By the mid 70’s, he was riding high in the top De Lane Lea studio in Dean Street. Clients didn’t book the studio, they booked Malcom. It was there he met his wife of 36 years, Louise who all too often had to turn away clients looking for the fully-booked Malcolm when the second studio was empty.

After nearly twenty successful, memorable years at De Lane Lea Studios, Malcolm left to launch Malcolm Bristow Studios in 1982. The great majority of his clients followed and he enjoyed ten fruitful years, working on many of the most memorable Commercials of the era. After a decade, this period saw the dawning of the digital age when the cost efﬁciencies brought about the slow demise of the analog studios.

Retirement beckoned and while Malcolm worked brieﬂy at Tape Gallery & MagMasters, he realised another era dawned so he quit while he was still where he’d always been…at the top. His heart was set on a quieter life with family and friends so he settled with them on the South Coast in Deal.

Big Mal will be much missed.