Posted in News, tagged with Cannes, International Markets, on May 20, 2019 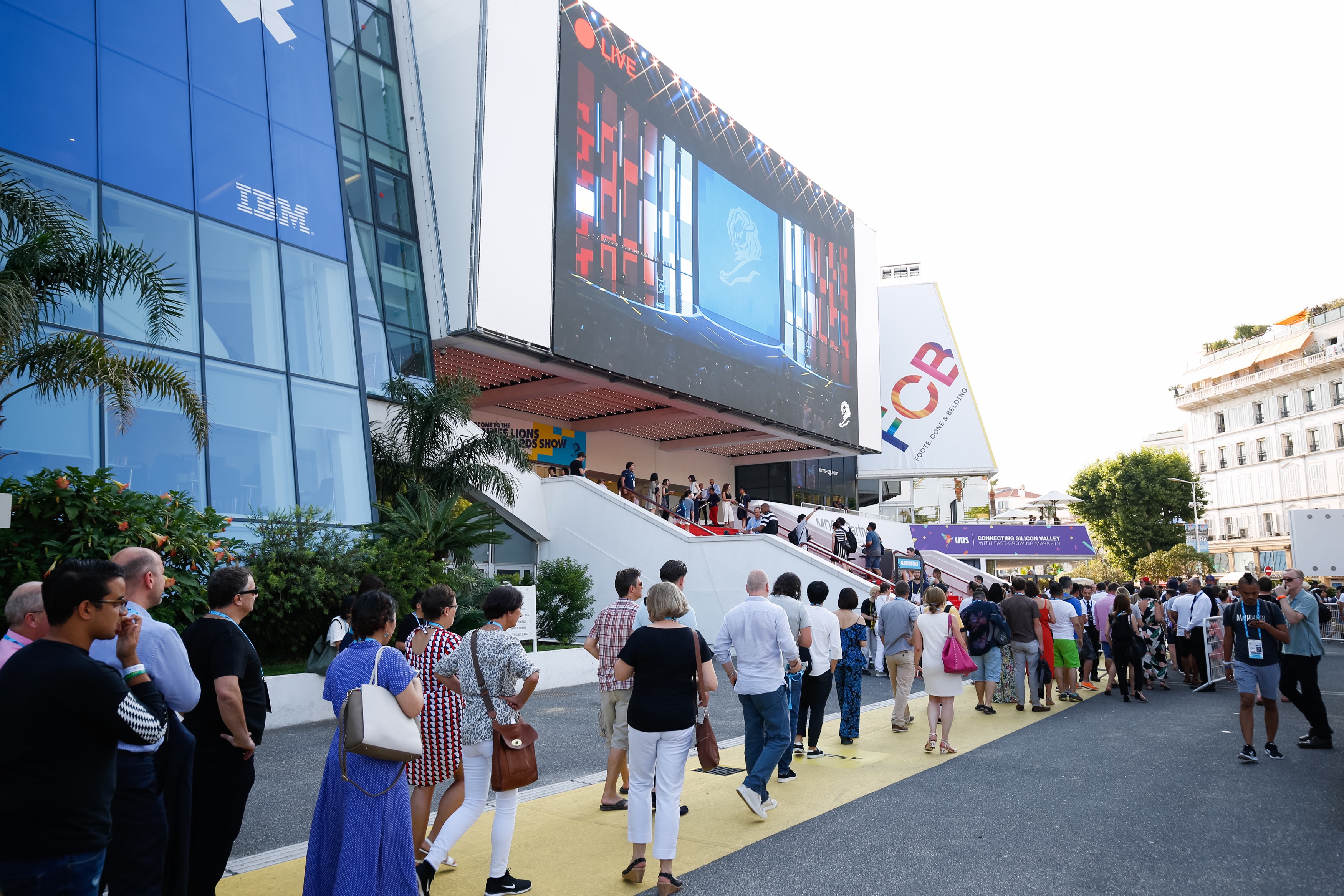 A campaign to promote the very best of UK advertising at Cannes Lions this summer launches today in a unique partnership between the industry and UK government’s Department for International Trade. The working group, whose members include the Advertising Association, Clear Channel UK, Channel 4, Framestore, London & Partners, M&C Saatchi and Newsworks, will be showcasing the very best of UK advertising’s presence under the banner of Creativity Is GREAT to support growth of UK exports of advertising services.

The Creativity Is GREAT campaign includes two trade missions, the first run by London & Partners supporting 20 high growth London-based adtech and martech businesses and the second by the IPA who will be bringing a further 20 advertising agency SMEs.

It will celebrate the many ways that UK advertising is involved in the world’s biggest festival of creativity: including more than 80 speakers on stage during the week; a 25+ strong line of jurors selecting the world’s best creative work; a full team of Young Lions competing in the global competition; participants in the Roger Hatchuel Academy and the See It, Be It programme; plus backing for the many short-listed entries from companies across the UK advertising industry.

For the first time, UK advertising will host an activation space in the Palais Piazza developed by M&C Saatchi and Framestore. The ‘Creativity Is GREAT’ campaign will also be supported by Newsworks who will be reporting on UK advertising’s participation at the festival. In addition, a showcase of UK advertising’s talent at Cannes has been developed to feature in Campaign’s special Cannes edition.

Finally, the Creativity Is GREAT activity will provide networking spaces for UK advertising companies in Le Jardin de Clear Channel and the Little Black Book beach, as well as further pop-up activities at venues including the Channel 4 Villa. Special events will take place working with delegates from other territories around the world including China and South Korea.

James Murphy, Export Champion, Advertising Association and Founder, adam&eveDDB commented: ““This campaign presenting the very best of UK advertising at Cannes Lions this summer is our opportunity to showcase our strengths to the rest of the world. It is brilliant to have the backing of DIT and to play our part in promoting the UK creative industries to international buyers. We have a world-leading reputation to promote because our work is so effective. It has a unique mix of intelligence, instinct and innovation, the likes of which can be found nowhere else and is a real USP on the world stage. The partnership between our industry and UK government is a timely opportunity for everyone who believes in the importance of protecting and building our reputation as a world-class hub for advertising and marketing services.”

Conrad Bird, Director of Campaigns and Marketing at the Department for International Trade, said: “DIT is a passionate advocate of the value of the UK’s creative offering, and a strong presence at Cannes Lions gives our most creative and cutting-edge companies the opportunity to show the world’s top influencers and buyers just how imaginative, innovative and inspiring Britain is. At Cannes Lions, CMOs and their advisers come to meet new people, understand new trends and new innovations and DIT will be here banging the drum for Britain. We are delighted to be working with the UK advertising industry under the ‘Creativity is GREAT’ banner to give the UK an even higher profile, more influence and a more effective presence this year.’’

The campaign at Cannes Lions follows the industry’s first-ever Export Month which saw DIT-supported trade missions to the Shanghai International Advertising Festival, SXSW and Tokyo, as well as the launch at Advertising Week Europe of the first annual report tracking export performance.

UK Advertising Exports Report 2019 revealed that international trade in UK advertising services reached £6.9 billion in 2017, an 18% increase on the figure of £5.8bn registered in 2016, outstripping overall UK service exports which grew by 7% in comparison. The UK’s balance of payments surplus for advertising was the biggest in Europe – £3.8 billion, while the export of advertising services has nearly tripled in less than a decade, up from £2.4 billion in 2009.

The data also demonstrated the continuing importance of EU markets ahead of Brexit, with the £3.2bn exported to EU nations representing 55% of advertising exports.