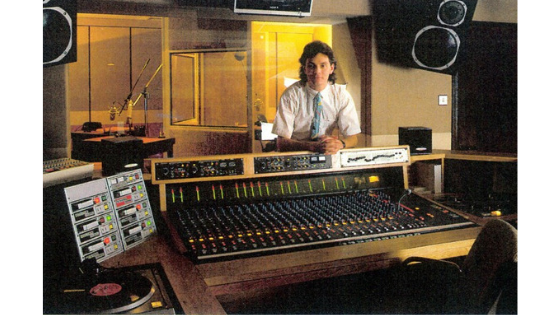 Angell Sound has gone into administration. Sad news because Nick Angell is a very talented sound engineer, a good person, great to work with and has provided a very good service to agencies and advertiser for over 40 years. The administration resulted from Angel Sound losing work to in-house, budget pressures and increasing overheads.

In this piece by Paul Burke, freelance copyrighter – possibly the best article I have ever read in Campaign – he eviscerates one of the central causes that Nick Angel identifies, in-house production.

Something awful happened last week: Angell Sound closed down. For 40 years, it was the industry’s most established and pre-eminent sound studio. Its eponymous founder, Nick Angell, is – and I don’t use this word lightly – a legend.
So why was this kind, decent and immensely talented man forced to call in the receivers? I’m sure there were many reasons, but one major factor has only reared its ugly head in recent years and its calamitous effects should make a tiny minority in this industry hang their heads in shame. Namely, those who thought it would be a good idea for agencies to install in-house studios, then force (and I mean force) their staff to use them. Practically everyone reading this will know that in-house studios have been a bad idea, so let’s look at the reasons why.

They’re not very good
And that’s putting it mildly. I’ve worked in lots of them. In every case and on every level – the dismal atmosphere, cheap kit, slow, inexperienced engineers, inadequate sound effects libraries… they’re vastly inferior to a place like Angell Sound. Which is why…