Posted in News, tagged with International Markets, on March 13, 2019 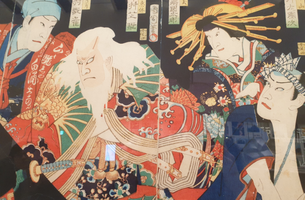 The Brits, announces Jun Katogi approvingly to a room full of delegates on the 25th floor of Dentsu’s imposing Tokyo HQ, are possibly the third most punctual nation in the world. That’s behind the South Africans and Germans, granted, but they more than make up for that with their wealth of creative talent and  their legendary politeness. The Dentsu Creative director has worked with UK production talent and directors over 25 times and he’s got a good idea of the opportunities – and challenges – facing Japanese and British companies hoping to work together.

The talk is the latest in a series of meetings arranged as part of the Advertising Producers Association trade mission to Tokyo. 24 UK companies, from VFX and production houses to sound studios and service companies, have made the trip to discover the shape and needs of the Japanese market and to fly the flag for the UK creative industries at a time when the country is looking to work more with international markets (at the time of writing, the Brexit deadline is just over two weeks away). The trip is part of a wider push, orchestrated by the country’s Advertising Association and Department for International Trade. Throughout March – Export Month – there are a series of events aimed at raising the profile of the British ad industry internationally. There has been a strong British presence at SXSW in Austin Texas this year and a delegation of agency folk attended the Shanghai International Advertising Festival, and now it’s turn for the production community to do their bit.

We’re half way through the week-long mission and already the practical insights have been as useful as the relationships forged. The organisers at the APA have been careful to incorporate as much listening and dialogue into the week as possible – it’s not just about selling the benefits of brand Britain.

“We’re delighted to be here, we’re here to promote the UK but what we’ve learned from our events around the world – we first came to Japan in 2004 – is that that’s most useful done via communication and learning what it is the Japanese industry needs from us and adapting to that,” said APA chief executive, Steve Davies, speaking at a Ferrero Rocher-less but nonetheless sophisticated reception at the British Embassy on Monday evening.