New campaign tackling sexual harassment in UK ad industry asks: Where do you draw the line?

Posted in News, tagged with Advertising Association, on October 31, 2018 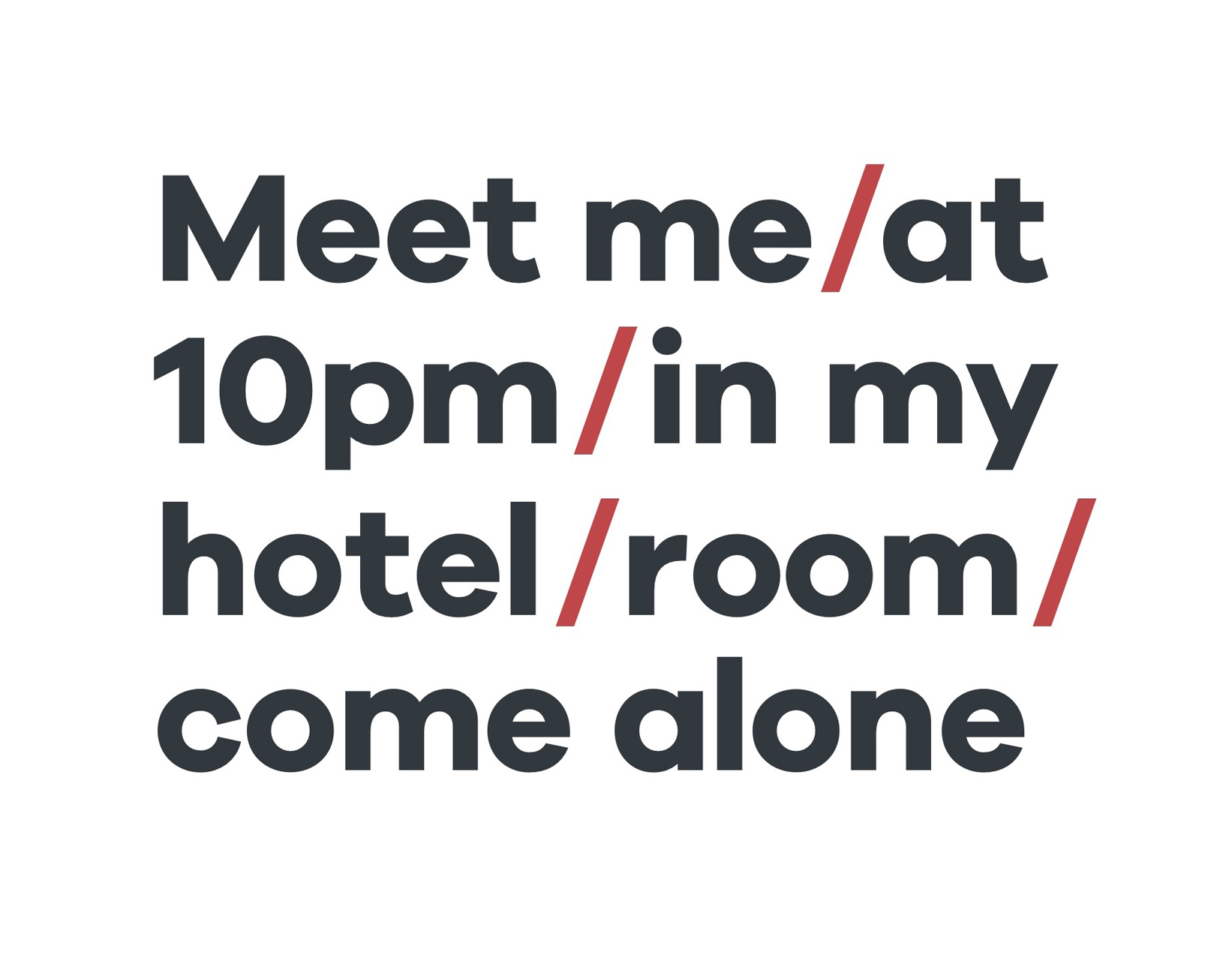 Over 100 advertising companies have now signed up to timeTo

Launching today, a new advertising campaign from timeTo aims to put the spotlight on sexual harassment in the advertising industry by asking, “Where Do You Draw The Line?”

The multi-platform advertising campaign, with creative developed by Lucky Generals, will appear across a range of media including print, out of home, social media, a range of advertising and marketing websites, cinema and via ECRM over the coming weeks and months.

Powerful examples, featuring increasingly uncomfortable situations based on real life experiences of people working in the UK advertising and marketing industries, have been designed to encourage people to think about where the line exists between normal conversation and interaction, and something potentially more sinister. 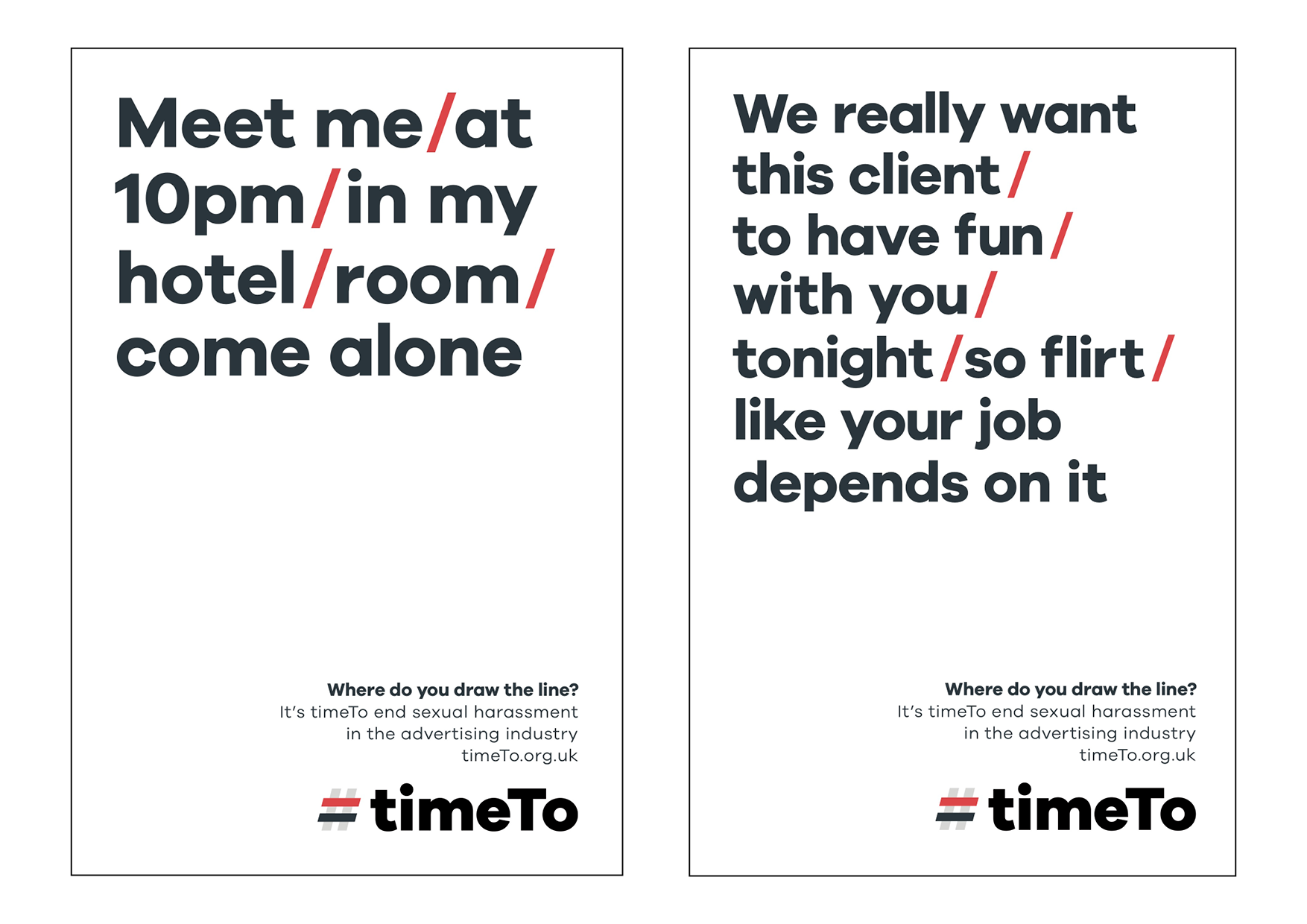 The campaign has received unprecedented support from across the media industry. Leaders from publishers and event organisers including Advertising Week Europe, Campaign, Digiday, The Drum, Little Black Book, Marketing Week and Mediatel Newsline have come together to support timeTo.

Where Do You Draw The Line? is based on timeTo’s research earlier this year into sexual harassment levels in the UK advertising and marketing industries. Many of the campaign scenarios are drawn from real-life experiences. Three 60 second online adverts, directed by Steve Reeves at Another Film Co, will run online while out-of-home campaign ads will run in highly targeted industry-adjacent locations.

The advertising campaign is the next stage of a programme that has already gained the industry-wide support of over 100 businesses and organisations. The initiative is determined to unite the entire UK industry in a bid to stamp out sexual harassment by establishing acceptable standards of behaviour and offering guidance to colleagues.

The campaign builds on the global #MeToo and #TimesUp movements but with a recognition that all parts of the advertising industry are affected – all sexualities and genders, agencies, marketers and media-owners. It hopes to prove that, by taking action together, the industry will be better placed to make positive change to end sexual harassment.

Action so far has included an industry-wide study, led by Karen Fraser MBE at advertising think tank, Credos, which established the current level of sexual harassment across the industry via the responses of over 3,500 industry professionals. This survey also provided data for the future tracking of change.

Future activity will include an annual survey of sexual harassment within the industry to measure the impact and success of timeTo on an ongoing basis.

No-one should have to experience sexual harassment any time or anywhere. If you or someone you know needs someone to talk to, contact Nabs, which offers free confidential advice, guidance and support on 0800 707 6607 or [email protected]