straight 8 and the APA, with support from Cinelab London, invites you to watch the never before seen films from this years Cannes Industry Shootout.

Each competing company has made a film on one roll of super 8mm entirely in-camera: filming in story order, with no second takes, no editing, no grade or post-production. Original soundtracks will be delivered ‘blind’.

The brave companies that took on the challenge this year were:

They’ll be competing to donate a cash prize pot to their charities of choice.

As the audience, you will get the chance to vote for your top three films, live at the event – with a fully un-rig-able voting system.

“We are delighted to be part of presenting Straight 8 in Cannes again this year. It’s the most exciting- because the filmmakers see their films for the first time at the Cannes screening – and creative- make a three minute film with no editing – event of the week.”

“It’s exciting that the straight 8 industry shootout format is really hotting up now… This is our third shootout at Cannes, coming hot on the heels of our Ciclope and ADFEST shootouts. The range of types of entering companies and their geographical spread sets the stage for some thrills on June 21!” 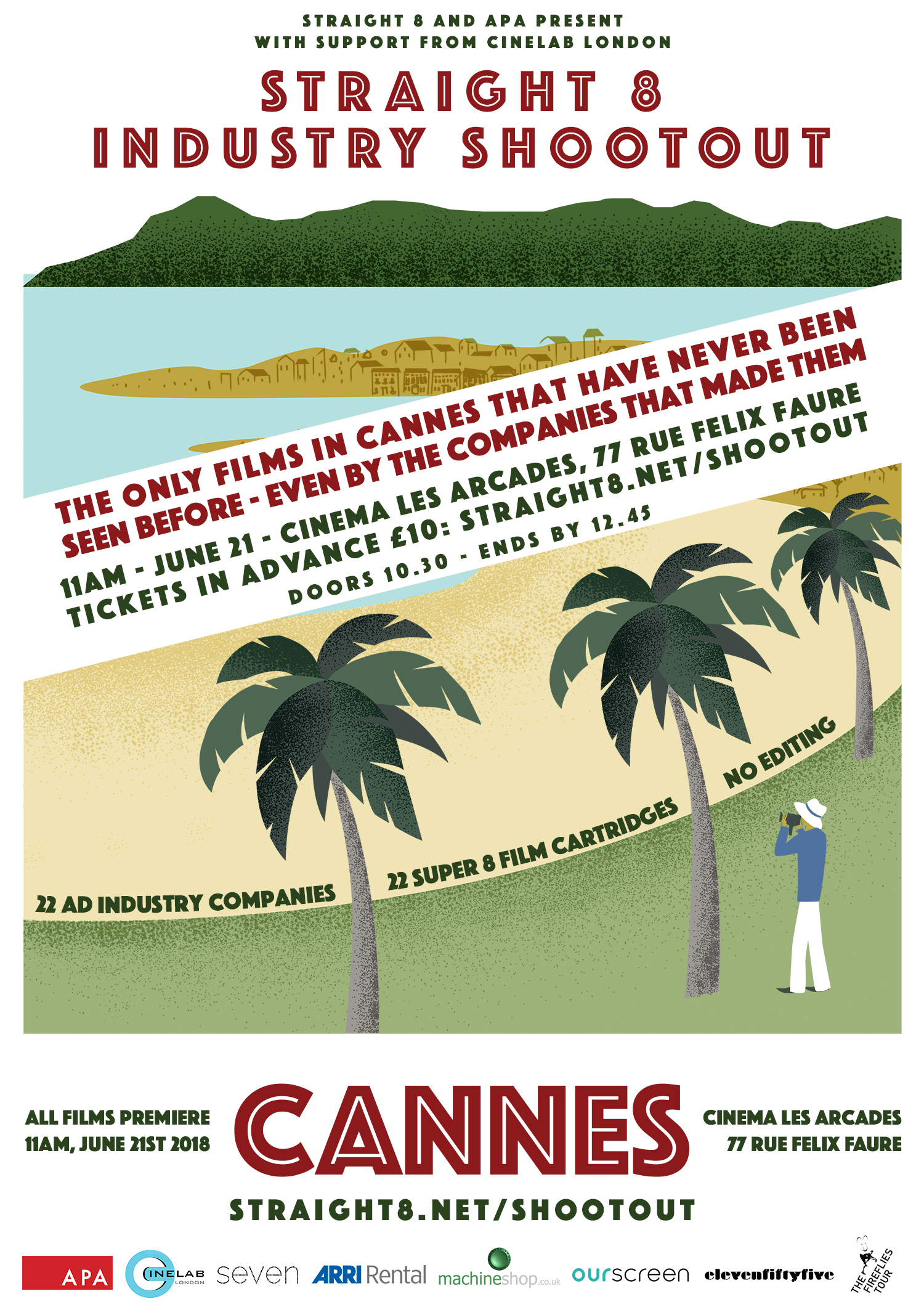