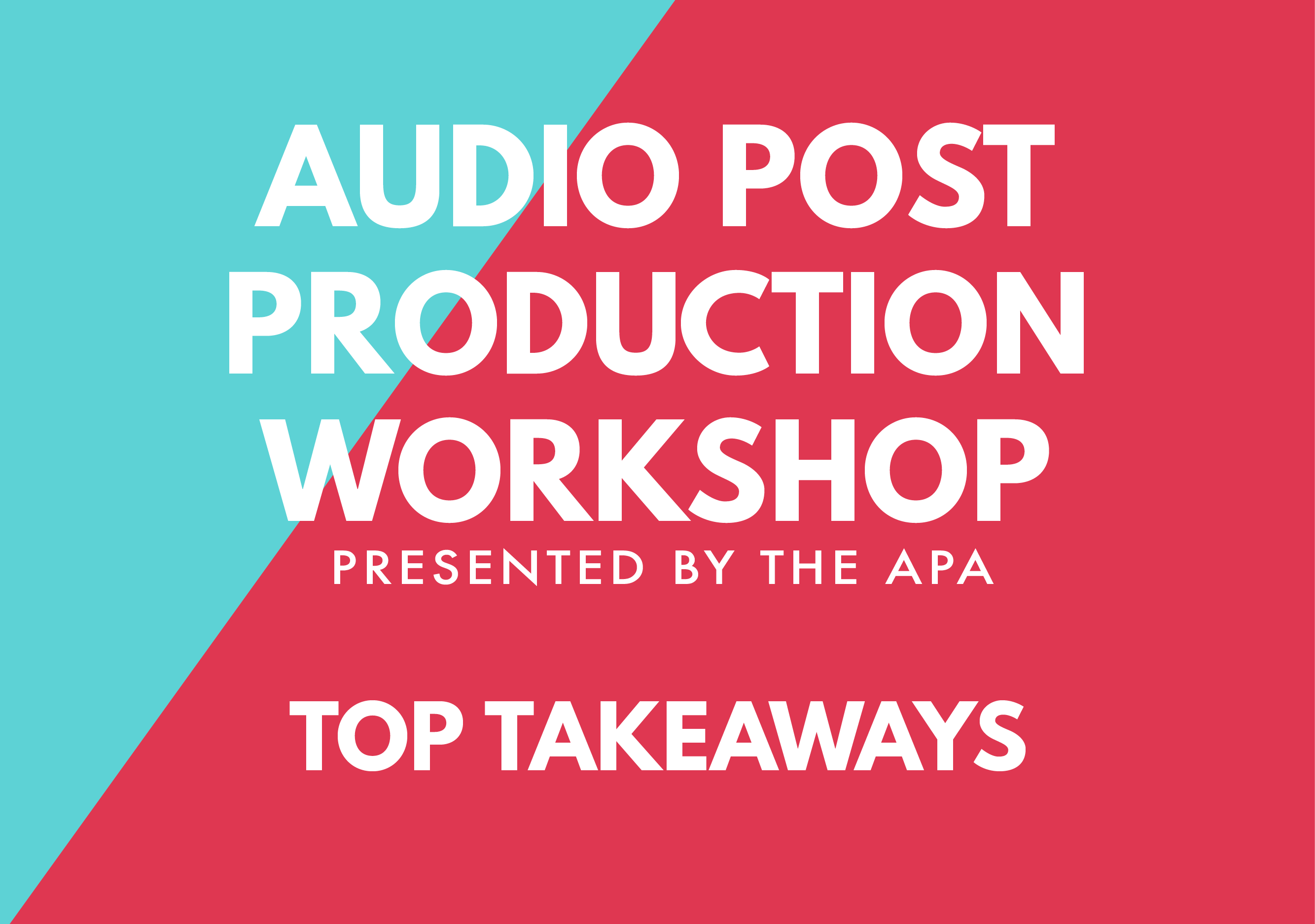 Earlier this week the APA held the Audio Post Production Workshop, a half-day workshop which aimed to give both agency and production producers a better understanding of the audio post-production process. The workshop included speakers from APA member companies Factory, GCRS, Angell Sound, Wave, Soho Sq Studios & Clearcut Sound Studios all providing insights to and demystifying the process of audio post.

We’ve rounded up the Top Takeaways from each of the talks for you below:

Anthony is Creative Director at Factory and has over 25 years experience creating award-winning sound design for the likes of Honda, Apple, John Lewis and Nike. Anthony’s talk focussed on the craft of sound design and why it is such an important creative tool:

Chris discussed audio post-production from the point of view of a sound engineer, and broke down the elements of audio post into three categories to help explain what exactly it is and what’s needed:

After an extensive career in production, Rebecca later switched to the world of post-production. Now EP at Wave Studios, Rebecca shared her insights on how to budget for sound:

What Does That Button Do?
Tom Mackewn – Soho Square Studios

Studio Manager at Soho Square Studios, Tom has worked over many different formats in audio production during his 10 year experience, working as an engineer, producer and manager. So he helped explain to us some of the technical terms and phrases used in the audio post-production process:

Both Steve and Raja have a wealth of experience working on new and emerging sound design technologies at GCRS, as part of the company’s GCVRS division. They both joined us to give us a look into what these technologies do and to show how you can use them in your work:

The technology is not the only aspect you should focus on in the audio post world, the voice actor is equally, if not more important. Nick Angell, Managing Director of Angell Sound, discussed the best ways to approach this process:

Although strictly not part of the audio post-production process, we decided to add an extra session regarding the recent US Court of Appeals decision on the Williams v Gaye case. We were joined by Peter Oxendale, the UK’s leading musicologist, to discuss what this case means and how it might affect work being made in the future: