LBB’s Alex Reeves takes a look at the best of the month’s British advertising, in partnership with the APA.

A pick of the best British advertising this month, in association with LBB, takes on the big issues. What makes a Londoner? For that matter, what makes a Brit? Why has justice been so slow for the Grenfell Tower victims? What is love? And what, exactly, is a flat white? It really shows the range of the UK advertising industry.

Europe reminds the UK that, Brexit aside, Brits will always be connected to the continent through their DNA.

Europeans from across the continent send a love letter to Brexit Britain in Ancestry’s new television campaign, the first created by Droga5 London… Read More

Nike – Nothing Beats A Londoner

Wieden+Kennedy London has launched a star-dusted film for Nike that celebrates the tenacity of Londoners. Directed by Riff Raff’s Megaforce wi… Read More

McCain has launched ‘Here’s to Love’, the next execution of the We Are Family series, turning the spotlight onto relationships and love by celebrat… Read More 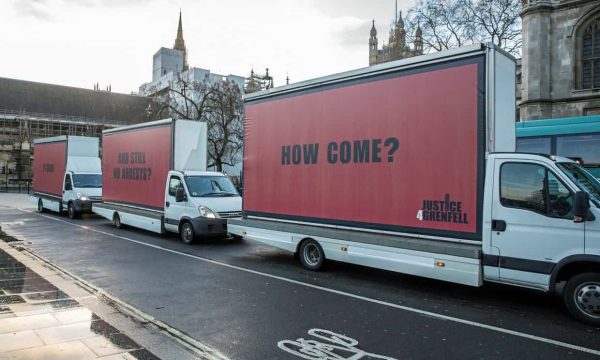 Justice4Grenfell, with BBH Labs, recreated the scene from ‘Three Billboards Outside Ebbing, Missouri’ to highlight the lack of justice 8 months on