The APA Super Bowl Round Up! 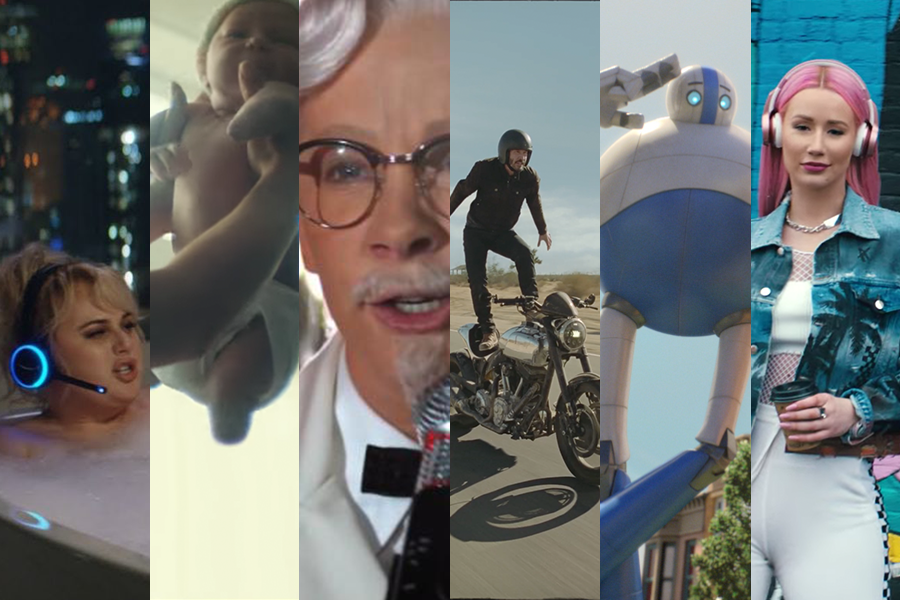 Arguably one of the biggest events in TV advertising took place last week. This year’s Super Bowl proved to be a bumper year both for the amazing quality of the ads and the great reception from audiences around the world. From Alexa losing its voice to the first-female Colonel Sanders, this year certainly presented us with some laughs and surprises.

Of course, we know some of our members worked extremely hard to make these commercials a reality. So to celebrate we put together a brief round-up of the excellent commercials you all worked on…

KFC has been using various celebrities to take on the role of their renowned Colonel Sanders character since 2015, and for their Super Bowl debut, that person is actor Reba McEntire. Who also happens to be the first female actor to take on the role. With a completely original script and music, Colonel Reba manages steals the show. Directed by Biscuit Filmworks’ Andreas Nisson.

In this spot, Smuggler director Bjöorn Rühmann reimagines the true-story origin of the Monster Audio brand. This ad pulled out all the stops for the Super Bowl with stunning visuals and a great cast of celebrity cameos including Iggy Azalea and YouTube star RiceGum.

This ad, produced by Somesuch, tells the inspiring story of Paralympic Gold medalist Lauren Woolstencroft right from birth to Paralympian. The film aims to strike a chord with viewers to raise awareness for Toyotas work with MobilityForAll.com.

In its fifth consecutive ad for the Super Bowl, Squarespace returns again with a set of three commercials all featuring Keanu Reeves. In this particular spot, Reeves is seen surfing his motorbike down a desert highway at 100mph, to reiterate Squarespace’s brand message that anyone can build their own website. Another witty commercial from Squarespace produced by Academy and with Visual Effects by Mikros-MPC.

In its first-ever brand campaign, Intuit managed to capture some hearts at this year’s Super Bowl. Produced by Passion Animation Studios and directed by Againstallodds, the animation tells the tale of an entrepreneur, Pari, and her florist friend Pete. Pari tries to come up with new ways to free up Pete’s time with clever tools and inventions for his business. Ultimately, she finds a way to give the ‘Power of Giants’ to Pete, giving them both more time to focus on the things they love. The film is a story without dialogue – told through characterisation and animation. Set in a futuristic world where giants are commonplace, the key to making it believable was detail.

Edited by Elena de Palma of Whitehouse Post, this beautiful new ad for Coca-Cola is another example from the brand that aims to promote diversity with the tagline “A Coke for Everyone”. The spot features a variety of scenes, Coca-Cola products, and walks of life, illustrating there are many unique people and there is a Coke for everyone.

Turns out Alexa has some pretty famous friends to fill in for her when she loses her voice. This new ad produced by APA members Hungryman features some pretty big cameos from the likes of Cardi B to Gordon Ramsay.
To top it off, members The Mill created the completely computer generated peacock featured with Anthony Hopkins, what more do you need?

This commercial from Believe takes us through 150 years of pop culture history with Pepsi at the center. Directed by Super Bowl first-timer Hanna-Maria Heinrich, the commercial also features some iconic celebrity cameos such as Britney Spears, Jeff Gordon, and Jimmy Fallon doing the voiceover.

Diet Coke’s latest “Because I Can” spot also aired during the Super Bowl, in what is their first spot in the game in 21 years.  ‘Groove’ is directed by the talented Paul Feig, with VFX by MPC and color by MPC’s Mark Gethin.