Straight8 Heads to Asia for Adfest 2018

Posted in Events, News, tagged with Awards, Events, on December 5, 2017 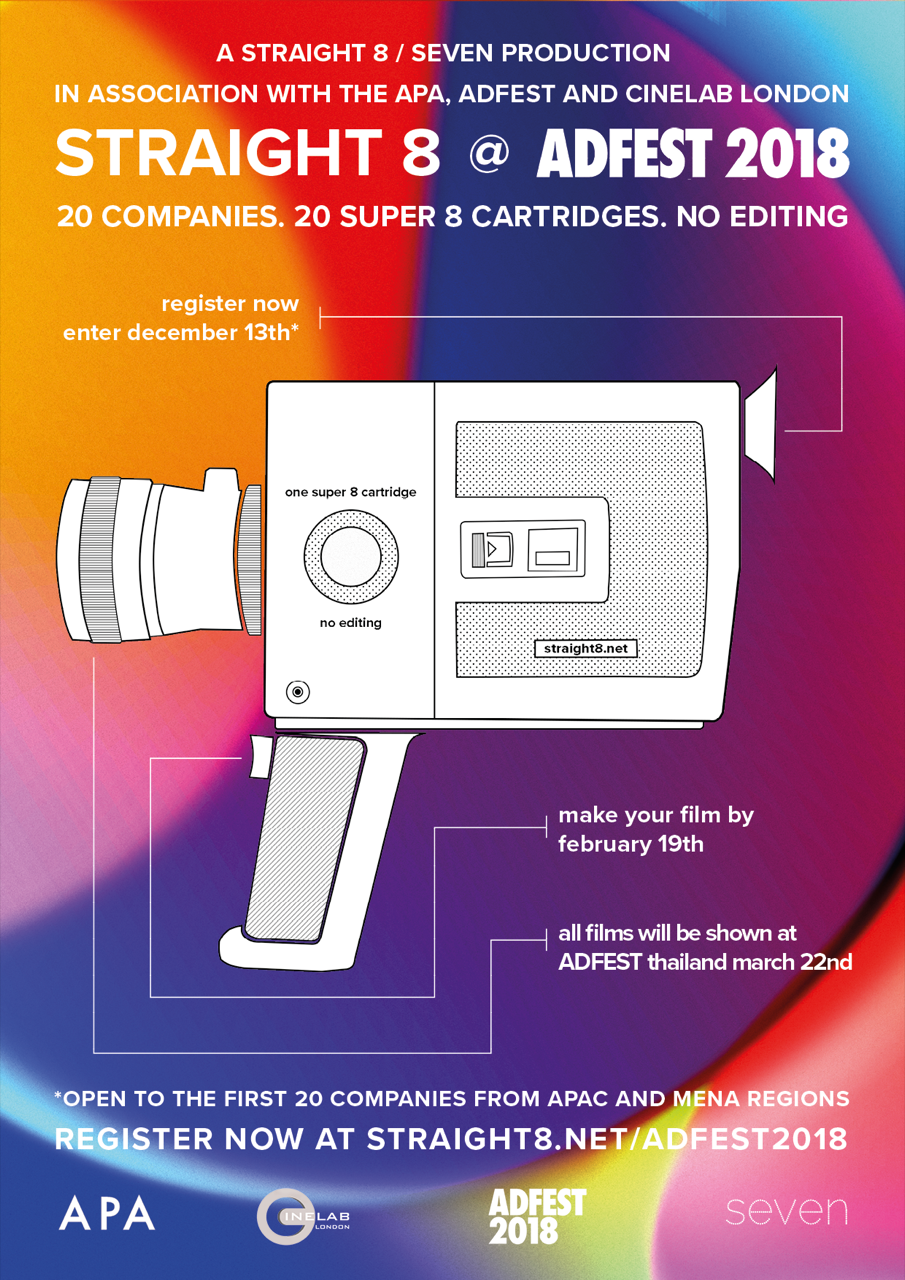 The 4th Straight8 industry shootout is now on!

Next year will see the first ad industry straight 8 shootout at ADFEST in Pattaya, Thailand. This follows the industry shootouts at Cannes in 2016 and 2017 and at CICLOPE, Berlin in October 2017.

Entry is limited to 20 companies working in the ad industry in APAC and MENA regions only, competing as companies, for charity.

Just like the regular Straight8, entering companies make a film on one roll of super 8mm cine film, with no second takes, no editing, no post-production. Sound must be original and is delivered ‘blind’.

Each company will see their Straight8 film for the first time at Adfest 2018, Pattaya, Thailand, March 22nd 2018. All films will be shown no matter how, or whether, they come out.

The cinema audience will then vote and the winning companies get to donate the prize-money to the charities of their choosing.

Entry is first come, first served. This is a great chance to have some fun, making a film in one of the hardest ways possible, raising money for charity and battling creatively with the rest of the industry.