The next CraftWorks event will be Wednesday, 11th October at the LSE Student Union building in Lincolns Inn Fields between 4.30pm and 6.30pm.

The event will be compered by David Reviews editor Jason Stone:

THE CRAFT PANEL – BT SPORT
BT Sport, AMV, Colonel Blimp and MPC will explain how they turned a few hours with Spurs’ Dele Alli into a captivating commercial.

IAN DERRY
Director Ian Derry will tell us how he made his award-winning short ‘Johanna Under the Ice’.

THE BAKE-OFF CHALLENGE
Channel 4 bet the farm on The Great British Bake-Off so they needed something pretty special to help market it.

MICHEL & NICO
Michel & Nico will talk about the unusual way they became a sought-after directorial team.

THE REUNION: CARLING ‘DAMBUSTERS’
Director Roger Woodburn will be joined by some of those who helped him make one of the greatest commercials of all time in 1990. 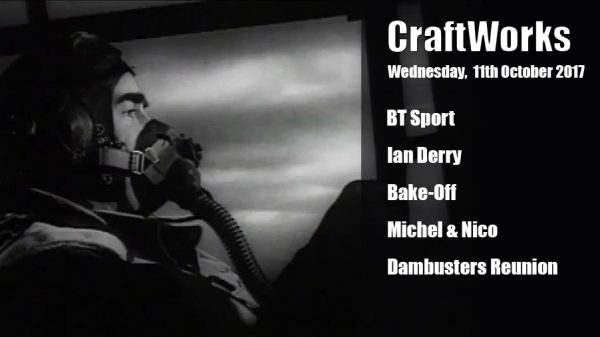