The next CraftWorks event is on Wednesday, 26th April at the LSE Student Union building in Lincolns Inn Fields between 2.30pm and 4.30pm and will be followed by a drinks reception.

Tickets are £20.00 (plus VAT) each.
The event will be compered by David Reviews editor Jason Stone.

THE CRAFT PANEL – McDONALD’S McCAFE
Creatives Matt Lee and Pete Heyes will be joined by Sara Cummins and Sam Sneade to discuss the making of the brilliant McDonald’s McCafe commercial.

THE CROSSOVER CLUB – PETER SOUTER
You know him as CCO at TBWA but did you know that Peter Souter is also a TV and radio writer? We talk to him about his work away from advertising.

VCCP HAVE 24 HOURS TO SAVE MOTHER’S DAY
Jim Thornton, Greta Wynn Davies and Laurie Ogden explain how they made a mum in Belfast cry so they could broadcast it twenty-four hours later.

INTRODUCING… SEB CARDINAL
The MindsEye director will talk comedy – he’s one half of the superb sketch duo Cardinal Burns – and filmmaking.

THE REUNION – JOHNNY WALKER
In 2009, Jamie Rafn and Stephen Plesniak took Robert Carlyle up a Scottish mountain… find out what happened next. 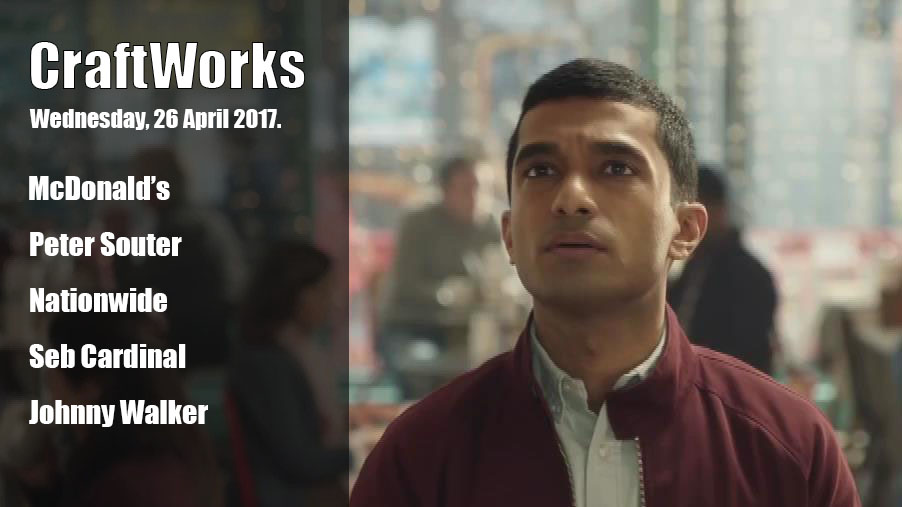