We’ve teamed up with David Reviews to bring you an afternoon filled with talks on creativity, by those who have played a part in producing some of the most memorable ads in the industry

David Reviews editor, Jason Stone will compere this two hour session, delving into the relationships and approaches to work that have led to such advertising successes

The session will consist of four parts:

Lee Pavey’s Outside the Box

Tickets are £20 and can be bought HERE 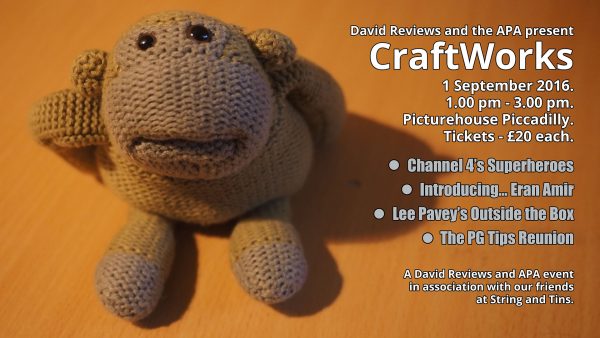