APA Masterclass is on now!

Posted in Events, News, tagged with Masterclass, on February 17, 2016 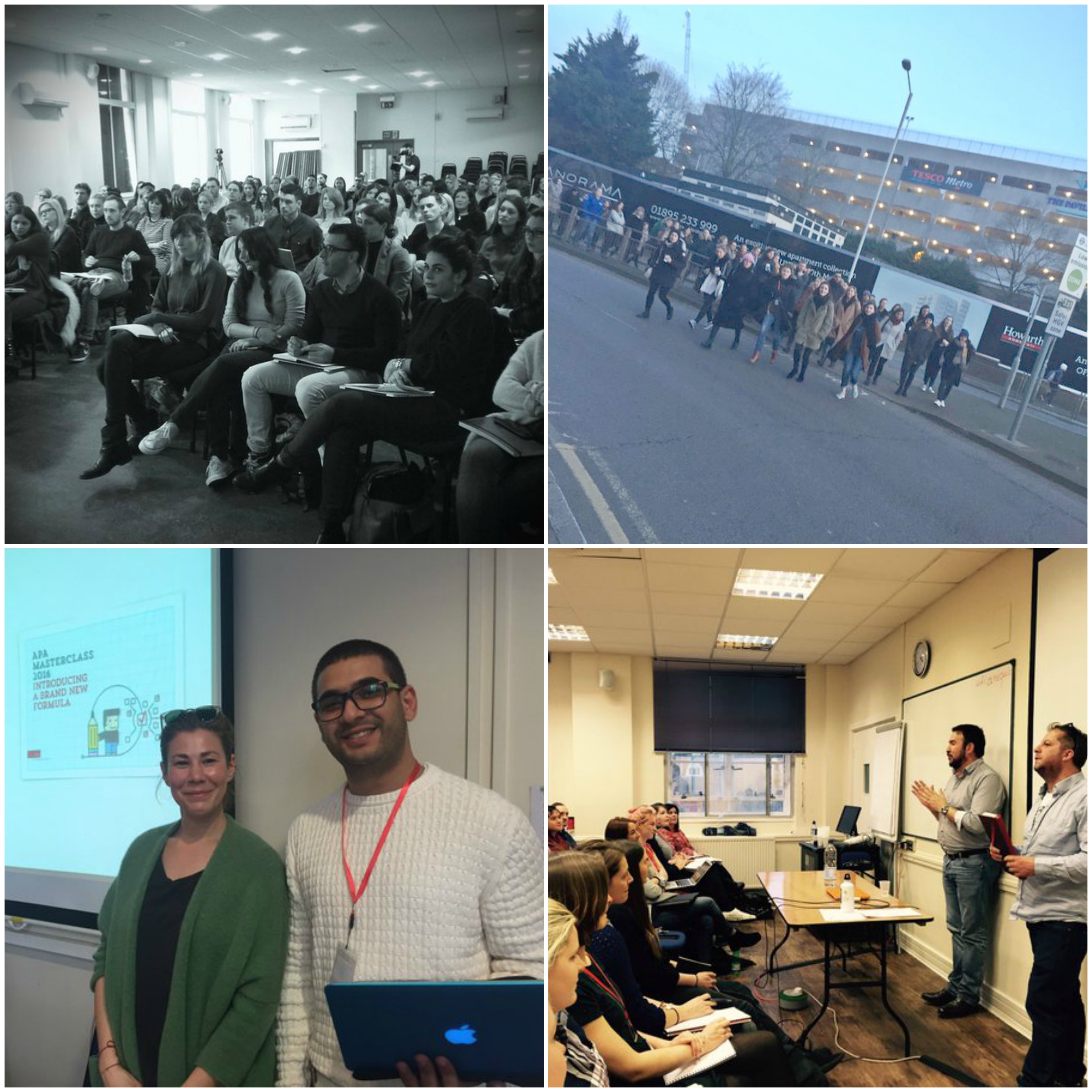 Our very popular training course, the APA Masterclass, is underway at the University of London this week.

112 students this year and 75 tutors and speakers in one intense week of learning about commercials production.

The students have heard from experts from agencies on agency production, from production company producers on breaking down a script, from casting directors , Clearcast on regulation, from Keith McCarthy at Stink on directing, from the APA on contracts and crew terms, location managers, experts on aerial filming, from the Met Police, visited Arri to learn about cameras and from a host of other experts with editors on editing, post companies on vfx and VR still to come, before concluding with an intense day working through a budget on Friday.

Thanks to the whole industry for supporting the Masterclass as tutors and lecturers and thanks to them and the ambitions of the students themselves, we can look forward to a new generation of well trained producers, able to pull off miracles for advertisers and agencies.