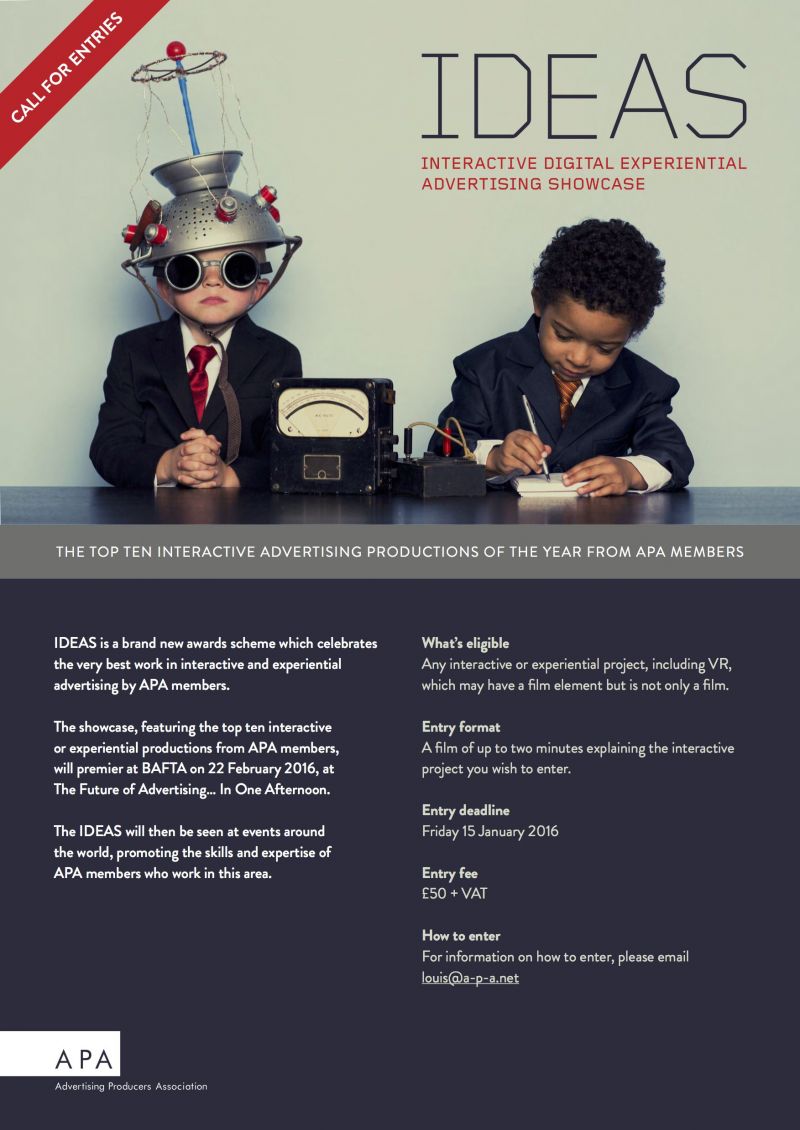 APA members now produce work that, while it may have a film element, is not only film. Experiential, virtual reality, interactive posters, websites for product launches are examples. This work isn’t eligible for the APA Collection, which is about film only (whether for TV, the internet or any screen).

We want to give APA members creating interactive and experiential work a platform to promote their expertise, that doesn’t currently exist. We have seen from UK advertisers and from events like the Shanghai London Advertising Forum in October that there is a huge appetite for this type of work among clients and agencies and that there is a huge market for experiential and interactive work and ensuring the world knows of the expertise in London, among APA members is an opportunity we want to develop to its full potential.

IDEAS will first be seen at The Future of Advertising…In One Afternoon at BAFTA on 22nd February and we will then seek opportunities to have it featured in advertising events around the world, as with the APA Collection, to promote the expertise of APA members in experiential and interactive.

We don’t think that there is an appetite for another expensive awards event though, so we are going to keep the entry fee to £50 and screen the winners in The Future of Advertising and as the event, hopefully grows, we will look for the platform and opportunities to present IDEAS in the way that is most effective for the APA members creating experiential and interactive work.