We met with advertising agencies and production companies in China last week, to build on the success of our events in Shanghai (2007) and Beijing (2009) and of member companies who have successfully promoted themselves in China subsequent to those events.

In the 15 months following our Shanghai event, for example, APA members who were delegates to it undertook productions for China with a total budget of approximately £30 million. China has become an important market and continues to grow and has proved the most productive in terms of the markets we have sought to develop with APA members- and was identified as the market that APA members are most interested in visiting (behind Brazil*) in our member’s survey.

We met with the ECD’s of leading advertising agencies in Guangzhou and Beijing, to connect with them, understand the challenges for them with their clients and in engaging APA members and to show them good work and convey the enthusiasm of APA members to work with them.

In each agency we met the ECD, usually with other senior management and the head of production and staff from the creative and production departments. Each agency was very pleased to receive us, conveyed an admiration for the work from the UK and a real enthusiasm to work with APA members, while explaining some of the obstacles and challenges to that, so we can explore how to overcome them.

We will produce a report and provide that to you, focussing on practical steps to keep APA members and their work front of mind with agencies in China and how we can best meet such challenges to growing the amount of work APA members undertake for China that we face.

The agencies we met were Newsum (an Ogilvy co) and the Guangdong Advertising Company (the biggest agency in Guangzhou) in Guangzhou and Ogilvy, DDB, Grey, Y&R, Saatchis, JWT and Lowe in Beijing, along with production companies who provide potential partnerships to undertake work for Chinese agencies.

We are currently considering a marketing event for APA members in Shanghai next year and will update you on that in due course.

*Opportunities in Brazil are very seriously restricted by their protectionist trade laws, which is why we have not focussed marketing efforts there. 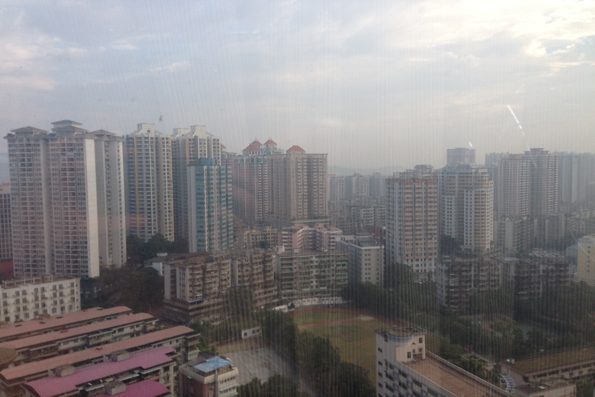