Posted in Events, News, tagged with International Markets, on November 21, 2004 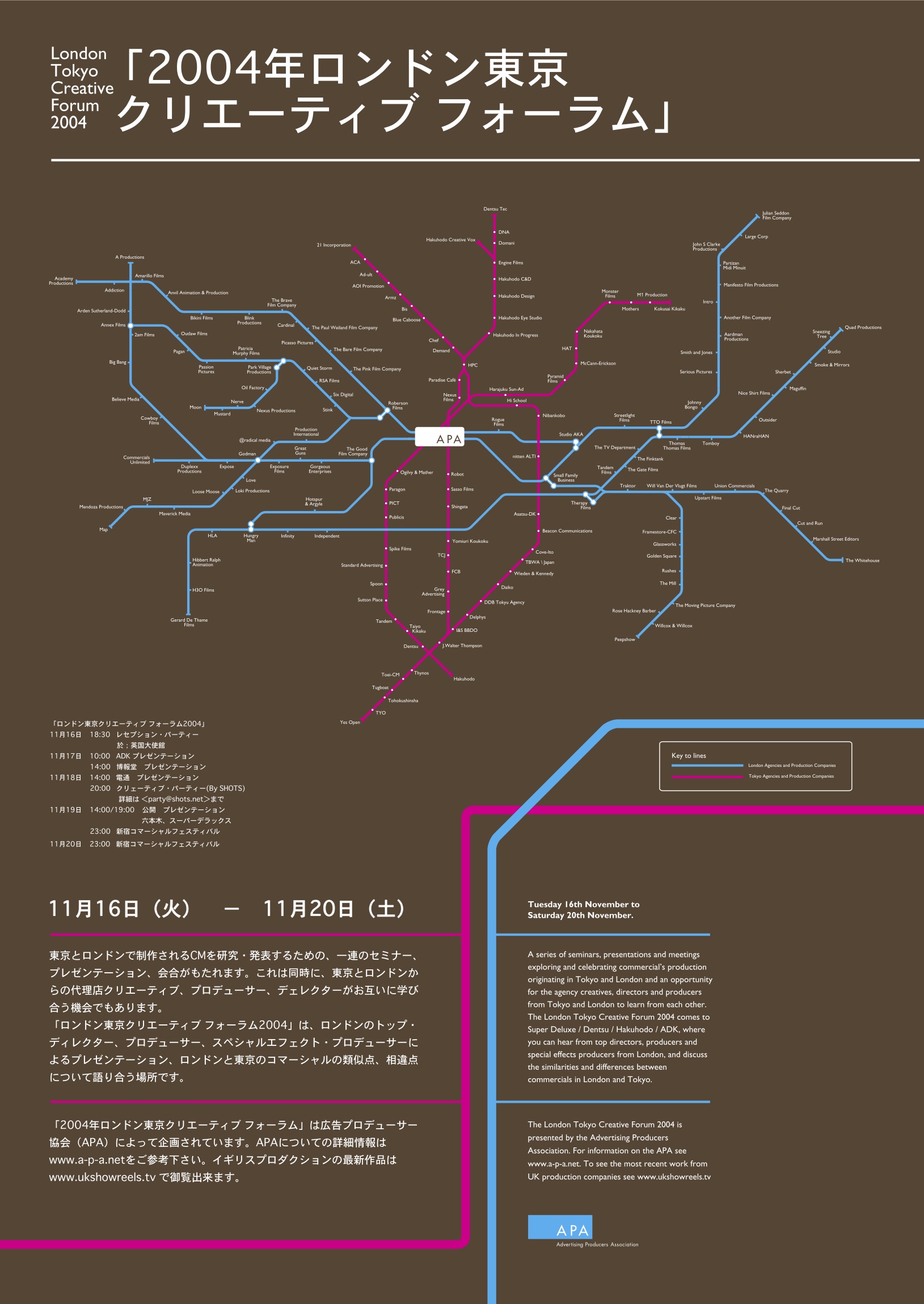 A packed programme of events from 16th to 20th November reached its climax with the showing of commercials made by APA members at the Tokyo commercials festival, where the capacity audience of 1,050 people per night clapped and cheered each commercial, in a show of wild enthusiasm for commercials which has no equal.

The L-TCF 2004 commenced more sedately, with a reception at the British Embassy, hosted by the First Commercial Secreatry, Alison Scott, and attended by 60 top Japanese advertising people.

We then gave presentations at agencies including Dentsu, Hakahodo, ADK and McCanns, (with some delegates visiting Weiden and Kennedy, TBWA and JWT) and production companies.

Beyond the headline objective of persuading Japanes agencies and production companies to work with us more- the latest figures showing that of 6,000 commercials made by Japanese companies last year, only 16 were made with UK production companies, with the USA, Australia and France having a substantially larger share of Japanese work- we had three aims:

1. To show them how good our work is.

2. To learn about them and the way they work.

3. To convince them of our enthusiasm for working with them.

The welcome we received from the Japanese agencies and production companies, and their enthusiam for seeing the work from APA members and willingness to provide insights into the way they work allowed us to achieve the first two objecitves. The third was achieved by the enthusiasm of the delegates and the fact there were 36 of us there.

The party for 300 people that Shots held during the festival provided a further opportunity to speak with the people the delegation had met and develop relationships with the key people in Japanese agencies and production companies.

The APA will be undertaking a full report and developing a strategy to build upon the success of the trip but one of the key points that emerged is that Japanese agencies do not see much British work and would like to see more because they are genuinely interested in working with us. We provided details of how to access the websites of all members and of ukshowreels.tv and will be promoting both to them- and devising new methods of ensuring they have regulare updates as to the best new commercials from the UK.

The APA would like to thank all the delegates for their enthusiasm and the work they put into their presentations, which ensured that the potential the trip offered was developed to the full.