The first ever APA Show debuted at the Victoria and Albert Museum on 19th September 2002, & launched the APA and ICA programme “The Art and Technique of the Television Commercial”.

The resultant UK Reel 2002 is to be archived by the ICA as part of their collection of contemporary art and exhibited in museums and cultural centres around the world. 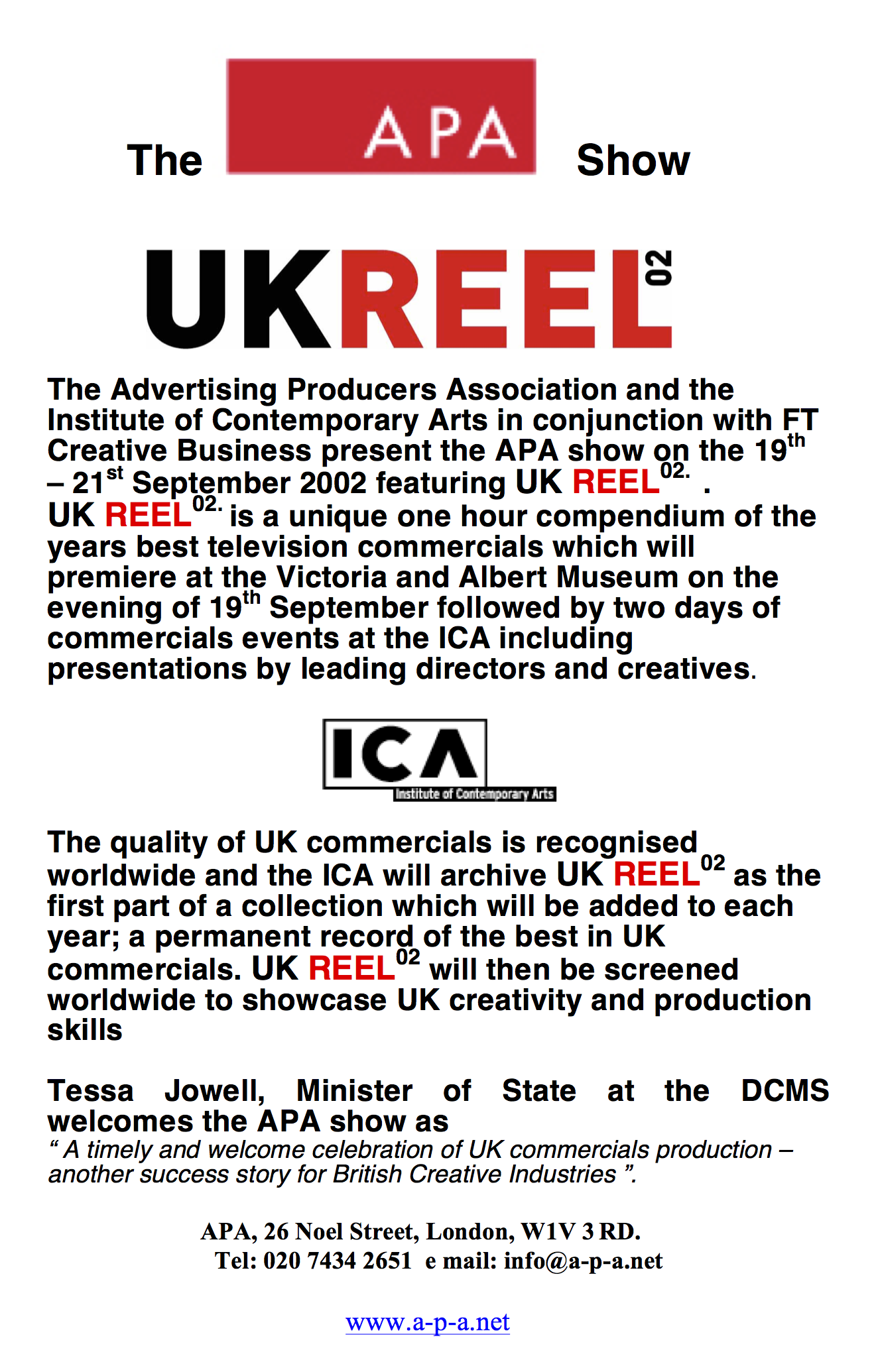